The Human Natural Diet and the Evolution of the Zero Carb Diet. (Part 4)

I believe I found Livin La Vida Low Carb (LLVLC), by Googling zero or no carbs.  Once there, I found a guy (Charles Washington) who had been eating an all meat diet for a few months.  So, I read his journal. Charles was a runner, so he was an athlete, who also ate only meat. Quite a few members were interested in this all meat Zero Carb Diet, so a new Thread was started in the LLVLC forum, called Zero Carb / Meat and Water.

END_OF_DOCUMENT_TOKEN_TO_BE_REPLACED 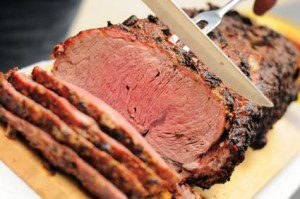 Based on Robs conversations with Bear Stanley.

There is no benefit whatsoever from such a low fat/high carb diet, it is nutritionally deficient, body destructive and unwise. Humans are carnivores. Mixed diets are very unhealthy. People are not omnivores like pigs and rats, and lack the equipment for such a diet. We have a wide ranging ability to tolerate a large number of edibles, but this is a survival asset, not a directive to eat that way if you have a free choice of nutrients. END_OF_DOCUMENT_TOKEN_TO_BE_REPLACED