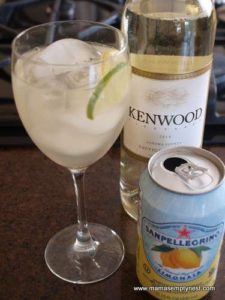 When faced with the major upcoming holidays or occasions, where alcohol will no doubt be frequently offered…… Will you, won’t you? What to do? And if you do, what to expect…so that you don’t make the mistake of thinking that those drinks are no big deal or won’t affect your weight or any other progress your body is starting to make on a Zero Carb diet.

Yes, alcohol is one of those things which some ZC’ers do partake in, now and then. This isn’t a post telling you NOT to have it, if you choose to do so. Instead, it is an attempt to help lend some insight into how to perhaps then change your expectations about your own body and what the effects of alcohol upon it may be, if you do choose to imbibe:

Every time you drink, it’s like forcing the body to switch back to a temporary carb-burning state again. Whilst it doesn’t work exactly in the same way as if you ate carbs, still, at least as far adaptation goes, it forces your body to have to restart part of that process all over again. Not all of it, but it messes the process up temporarily just enough to really slow things down. More info here: Alcohol and the Metabolic Diet

And anything that slows down adaptation will also, naturally, then affect your ability to efficiently process the food you eat. Your body effectively can’t become a fully primed fat-burner because it is still receiving something which switches off that process on a regular basis. Alcohol is actually a special type of carbohydrate, so while it may not be ‘officially’ a carb, the body still responds, in part, similarly to it.

Whilst a little alcohol is no big issue for people who have been ZC for longer and their body has been properly fat-adapted for a while, for newer people, drinking alcohol can actually have an effect on them similar to if they are regularly consuming carbs. This is because for them, the adaptation process is constantly getting interrupted and this will not only drag the whole process out and leave you feeling less than great for longer, it will keep deeper cravings alive for longer too, and generally leave you more prone to sabotaging yourself eventually. Unfortunately, for some people it can also lead to weight gain as a result of this internal environment too.”

And…since the holidays are fast approaching and all of us may be finding ourselves tempted to indulge more than normal, or even maybe thinking we can get away with getting good and sozzled with no real consequences since we’ve been ‘at this ZC life a good long while now’…

Here’s a post I made a while ago about what we often tend to forget (or push conveniently aside – lol, been there done that myself once or twice ), about what alcohol can do to us if we make it a habit…

“…Alcohol is also fattening and drinking it regularly will impede people because it disrupts metabolic processes on so many levels that its effects then also cause cumulative negative effects further downstream, thus causing imbalances to other systems too. Like the immune system, the fat-metabolism pathways and the organs which deal with processing toxins, as well as blood sugar regulation mechanisms. All of these, over time, lead to a greater propensity to store fat.

Anyone who is feeling distressed by lack of progress in the fat-loss department should treat alcohol like they treat carbs…avoid the heck out of it.

At best, it will only temporarily halt your body’s ability to burn fat. But, if that is a regular thing that is occurring due to regular alcohol consumption, then it will prevent you fully being able to really remain fat-adapted at the level the body needs to in order to heal and to gain the other benefits of ZC (which create the conditions where your body can shed excess fat).

At worst, however, it will, slowly but surely, cause internal conditions to become, more and surely more, those which are conducive to fat gain. Quite the opposite of all that you are trying to achieve on a Zero Carb diet.

The load on the liver alone, creates a ‘fatten more easily’ environment. Immune function is affected. Inflammation is increased. Blood sugar balance in the end becomes disrupted as a result of all these connected effects on the metabolism.

So, while a social glass of wine now and then is really no big deal for most people, if it becomes something one indulges in too often, especially if they have more serious long-term dysregulation damage and thus find it harder to lose fat even after quite some time on ZC, then I would seriously consider dropping it completely.”

Q. I just started Zero Carb and went out with friends for drinks, how will this affect me?

A. My caution would be that, even if that was only a one-time thing, drinking alcohol during the adaptation stage can really set you back. Especially since that night you drank tonic water too, as well as wine and gin. Thus at least in terms of your physiology, internally, your body is not as far along as you may think in terms of how efficient a fat-burner it is.

So, particularly when you are new and your body is still in the adaptation stages, alcohol (let alone that tonic water you drank which would have fully stopped adaptation in its tracks all by itself) can totally bring the previous 3 weeks progress that the body made at becoming fat-adapted, to a halt.

A. Well, I’d say that maybe, yeah technically, if viewed that way it is…but, really, I probably would then want to qualify that as a potentially incomplete distinction.

Because glucose can be just a deadly, under certain conditions. And if it weren’t for the fact that the body has so many other ways to handle glucose too, which makes that poison less effective, so to speak. Whereas with alcohol, the body doesn’t have as much in place throughout the metabolic systems to mitigate the effects or protect itself from the harm alcohol can do.

So, glucose is an old foe you could say, lol, in the sense that we have developed or been given many wonderful defenses against too much of it, in our very design and/or evolution, and that offsets the extent of the possible immediate damage it can do. Not so much for alcohol.

Seen from that perceptive then, excess sugar is definitely, in my book, potentially just as toxic to the body, it’s just that the damage is not as fast nor as visibly dramatic.

Tips for drinking alcohol on a Zero Carb Diet:

If you choose to drink alcohol, here are some ideas to minimize damage:

First, be sure to eat something prior to drinking.  Second, drink lots of water. Third, sip your drink slowly.

You can get 3 drinks out of one glass of wine, if you make it a “wine spritzer”.  A wine spritzer, is a glass full of ice, filled with 1/2 wine and 1/2 soda water.  Soda water is carbonated water.

Hard alcohol: (whisky, vodka, tequila, etc) Shots are not OK, don’t believe me? , go ahead and try it, just remember, I warned you.  🙂

Either drink hard alcohol slowly with ice, or mix with soda water (Not tonic, not diet soda, not juice).  Example – a vodka (or any spirit) soda, w/ lime squeeze.

For more information about the Zero Carb, meat only diet, please join us in our Facebook group.