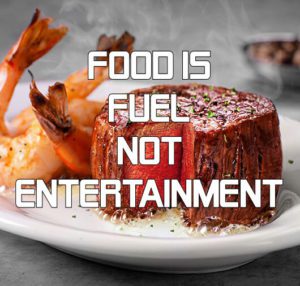 You are not used to eating food, that is the problem! Food is fuel and makes you feel ready to go! Food does not envelop you in euphoria. Food does not replicate the feelings of love. Food doesn’t make your head tingle as your pleasure center is triggered. That is mood alteration, not food. Your central nervous system cannot tell the difference between the ecstasy of opioids, alcohol, cannabis, meth, cocaine or candy bars!

END_OF_DOCUMENT_TOKEN_TO_BE_REPLACED

By: A 10 year Zero Carb Diet, meat only, veteran

Subjects covered in this post are, broadly speaking, IF and other forced fasting, Keto and LCHF protocols such as fat-shots, electrolytes and other supplements, restriction of food, macro-manipulations and various other mind-influenced ‘dieting’ interventions:

Most people, when they begin ZC, bring all sorts of LCHF/Keto ideas with them. This includes beliefs about adding extra fat, intermittent fasting and the ‘need’ for electrolytes as well as other supplementation, among many other things.

END_OF_DOCUMENT_TOKEN_TO_BE_REPLACED 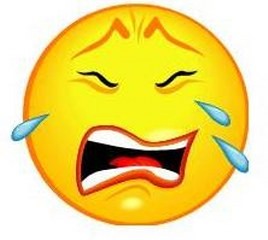 Unfortunately for some, Zero Carb Health doesn’t do coddling. We tell it like it is directly and devoid of emotional attachment. It is extremely important that we do this because for newbies transitioning off carbs, it can be an emotionally unstable experience.
Based on my experience, these emotional outbursts seem to come from people who are in the 5 “bargaining” stages of mourning carbs.

END_OF_DOCUMENT_TOKEN_TO_BE_REPLACED

The Human Natural Diet and the Evolution of the Zero Carb Diet. (Part 5)

After getting kicked out of LLVLC we all moved over to the shiny new forum, created by Charles Washington called Zeroing in on Health – ZIOH.

At first ZIOH was an open public forum.  How soon we learned THAT was a mistake.  We were constantly getting attacked by people who thought we were crazy. (See, The Bears thread, to read what kind of arguments we had to (still do) deal with on a daily basis.)  So, we came up with a questionnaire that people had to fill out, letting us know a little bit about themselves and why they wanted to join.  This helped with some of the problems but not all.

END_OF_DOCUMENT_TOKEN_TO_BE_REPLACED

The Human Natural Diet and the Evolution of the Zero Carb Diet. (Part 4)

I believe I found Livin La Vida Low Carb (LLVLC), by Googling zero or no carbs.  Once there, I found a guy (Charles Washington) who had been eating an all meat diet for a few months.  So, I read his journal. Charles was a runner, so he was an athlete, who also ate only meat. Quite a few members were interested in this all meat Zero Carb Diet, so a new Thread was started in the LLVLC forum, called Zero Carb / Meat and Water.

END_OF_DOCUMENT_TOKEN_TO_BE_REPLACED 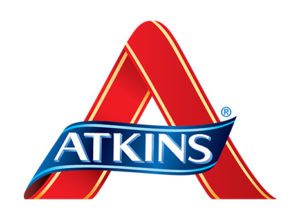 The Human Natural Diet and the Evolution of the Zero Carb Diet. (Part 3)

After my “Natural Paleo” diet failure, I was desperate to find any diet, natural or not, that would work to help me lose weight.  I wanted something I could eat for life, not some one week cabbage soup diet that works great, for 1 week only, then gain it all back and then some the next week.   In my search for a diet I came across a website called Fatsecret.  Fat secret had a pie chart of diets and their success rates based on members reporting.  Atkins was winning by a landslide. (I just logged into my old fatsecret account and they no longer have this pie chart.)

END_OF_DOCUMENT_TOKEN_TO_BE_REPLACED 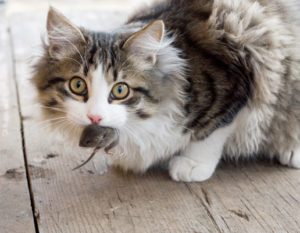 The Human Natural Diet and the Evolution of the Zero Carb Diet. (Part 2)

What are humans supposed to eat?  Figuring out an animal’s natural diet is easy.  All we have to do is look to nature to see what wild cats and dogs eat.  In my case, all I have to do is pay attention because my cat brings his natural diet into the house. (lucky me)  But, what about humans?  There really are no wild humans to observe today dwelling in their natural habitat, living as they have lived prior to world  industrialization.

END_OF_DOCUMENT_TOKEN_TO_BE_REPLACED

I have been eating the natural human dietary regime for over 47 years now. I do not eat anything whatsoever from vegetable sources. The only things veggie I use are spices. My diet is usually 60% fat and 40% protein by calories. I used to eat 80/20 when younger and about twice as much quantity of meat also, but that seems too much energy at my age, which is 71- even though I am very active. I think the body actually becomes more efficient with energy as you age, but I have no way of proving it true. Otherwise, my body today is very like it was at the age of 30. I figure most of what we call ‘aging’ is due to insulin damage to the collagen and other body structures. No carbs = no insulin. I don’t heal quite as fast when injured as I did as a youngster, however. But I have few wrinkles, and my skin is still strong and elastic.”  – Owsley Stanley, AKA – The Bear
END_OF_DOCUMENT_TOKEN_TO_BE_REPLACED

If the 30 day meat and water challenge existed when I started a Zero Carb diet, 10 years ago, I wouldn’t still be eating Zero Carb.  I would not have made it 30 days.

The thought of just plain meat and water was repulsive to me. I was a foodie and a gourmet cook! I loved flavor, texture, color and variety! END_OF_DOCUMENT_TOKEN_TO_BE_REPLACED 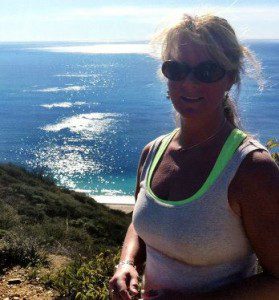 I have eaten an all meat zero carb diet for 7.5 years.  After about 3 years of eating a Zero Carb Diet, my life got crazy…really crazy. My stress level was high before, but it went through the roof for about 3 years. I learned what “burnt out” means. END_OF_DOCUMENT_TOKEN_TO_BE_REPLACED